This post is sponsored by Winn-Dixie. All opinions and ideas are mine - Tiffs Deals is not responsible for calories consumed when eating King Cake! 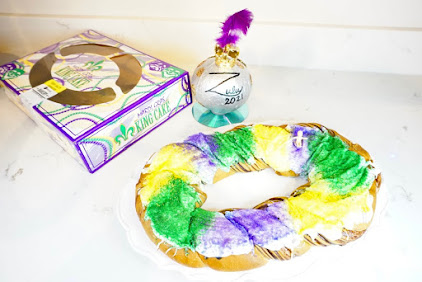 So in my quest to try out King Cakes this Mardi Gras season, I was given the opportunity to try a King Cake from Winn Dixie!  And I am doing a KING CAKE GIVEAWAY for one too (scroll down to enter below)


When browsing for the perfect king cake, the first thing I had to decide was which flavor to choose.  There were soooo many options to choose from:


AND THEN they take those flavors and combine some of them - like STRAWBERRY CREAM CHEESE and APPLE CREAM CHEESE! Although I am sure the combined flavors available vary by store - they seem to always have cream cheese combined with something amazing! 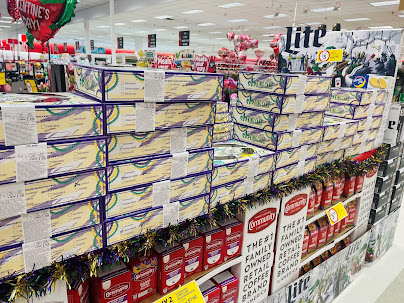 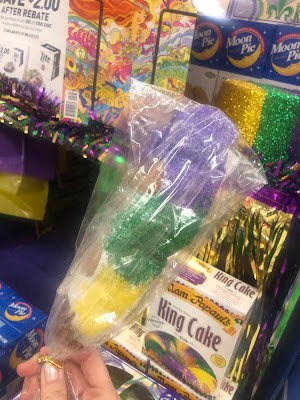 NEW THIS YEAR! Winn Dixie has partnered with the Krewe of ZULU- and even though there are no parades this year, Winn Dixie did a Kick off to Mardi Gras where you could "catch" a coveted ZULU COCONUT! 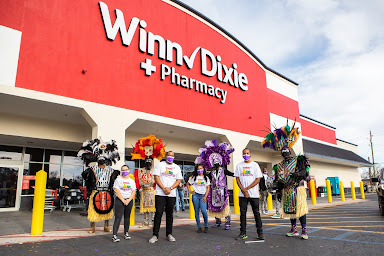 The week of January 20th, local Winn Dixie stores offered a MARDI GRAS TO-GEAUX bag with fried chicken and other parade ready foods and some of them came with a ZULU Coconut! Congrats to those who were lucky enough to get one of these signature throws! 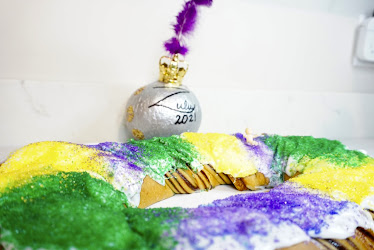 If you missed out! No worries! You can still have your own Mardi Gras party! There may not be any parades this year, but you can still stop in Winn Dixie and order a Party Platter - Winn Dixie offers fried chicken, finger sandwiches, sides and so much more! And if it's last minute, grab a king cake and a small box of chicken and head on out! 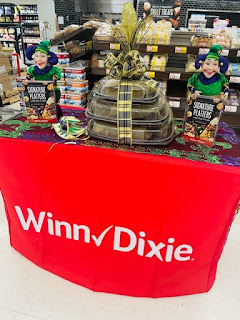 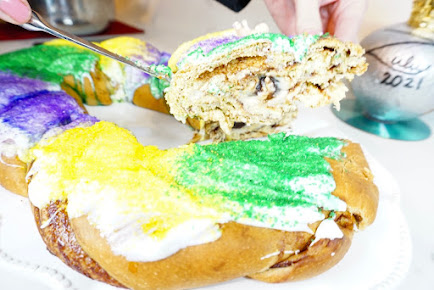 The smaller KING CAKES start at $5 traditional/$6 filled and the regular size are $8 traditional/$10 filled - Check the weekly sales ad as Winn Dixie may just make this deal even better with a SALE price during the season!


I selected the BOSTON CREME filled King Cake in the regular size this year! 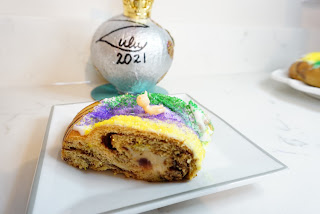 It was like King Cake with a side of Chocolate Pudding and Cream Cheese! Super moist and just enough of all the right stuff! I will be honest, I picked up mine on a Thursday, and a week later - I was still grabbing a slice (don't judge!) and it was still soft and fresh - no microwave warming required! And for the price of $10 this is a perfect size for a large group!

Winner will be provided (1) complimentary king cake from Winn Dixie - flavor of your choice!  King cake must be picked up from a New Orleans area Winn Dixie before Tuesday, February 16, 2021  - pick up must be coordinated in advance with Store Manager.
Giveaway ends at noon on Sunday, February 14, 20210. Winner will be selected at random from comments posted at the following link:


NOTE: All opinions listed above are my own. King cakes were provided by Winn Dixie for review and giveaway purposes. 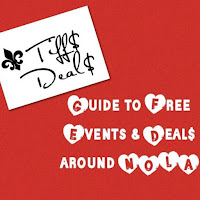 OR Get all the SCOOP on the deals I post FIRST -
Become a Tiff's Deals VIP HERE!

The Holidays are fast approaching - and I know I am running out of time to get everything done, but Winn Dixie has everything I need to celebrate the HOLIDAYS! 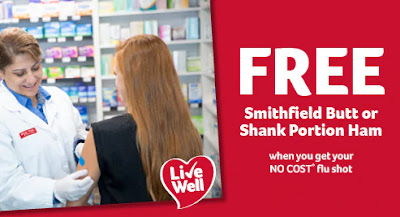 I     Did you know that you can get a FLU shot at Winn Dixie? It is FREE with most insurance plans AND you can get a FREE Ham for the Holidays too!
o   On Dec. 18-24, all Winn-Dixie pharmacy customers can receive a FREE Smithfield Butt or Shank Portion Ham when they receive a no-cost* flu shot at any in-store pharmacy.
*With most insurance plans. See pharmacy or click here for details. 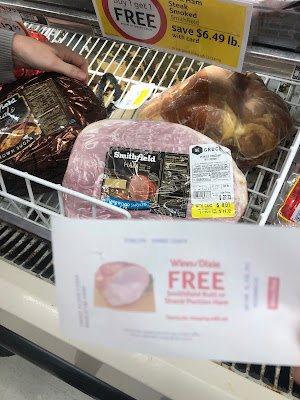 Super quick and easy - I gave my insurance info to Pharmacy, a few minutes later I got a FREE flu shot and a FREE Ham - worth $27.00!
·         NEED SIDES AND DESSERTS? Deli Meal Deals
o   Great deals on convenient deli party platters, dips and spreads, grab-and-go entrees and sides, fresh salads and more! You can pre-order or just grab what is readily available in store! Super easy!
·         NEED GIFTS? Gift Cards and Last-Minute Gifts
o   Check out the Gift Card center and get the gift that keeps on giving with THREE TIMES the SE Grocers Reward points when you by gift cards for your friends and loved ones.Something for them and a little something for you too!
§  Exclusions:  All Winn-Dixie gift cards, Visa cards, Mastercards, American Express cards, reloadable cards and prepaid debit cards. 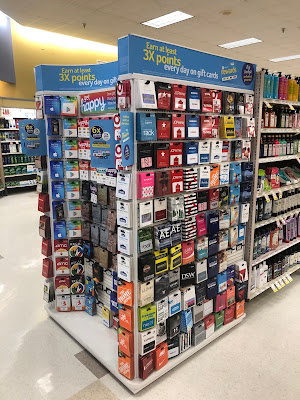 GIVE BACK THIS HOLIDAY SEASON - GIVE A LITTLE, FEED A LOT!

I am a big believer in giving back and Winn Dixie is helping us all to have the ability to help in a BIG way with a LITTLE effort! 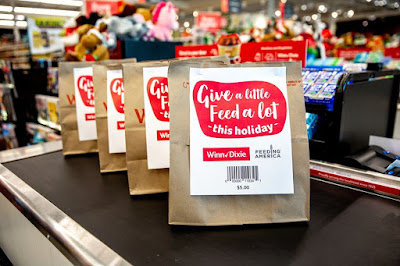 Now through Dec. 24, customers can join in the spirit of giving by purchasing a $5 prepared bag of non-perishable food items or by rounding up grocery totals at store registers to spread holiday cheer to local families in need. Each donation and $5 holiday bag purchased will be distributed directly to member food banks in the Feeding America® network, the nation’s largest domestic hunger-relief organization.

LAST MINUTE? NO Problem, Winn Dixie stores are OPEN with Special Holiday Hours to make sure that you have everything you need to make this Holiday season special! Click here for store locations and hours 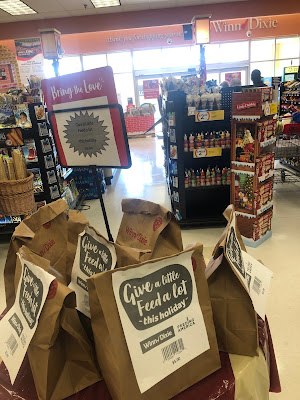 Want to know all the FREE (or close to it) events/activities going on around NOLA?
Join the event page here!

OR Get all the SCOOP on the deals I post FIRST -
Become a Tiff's Deals VIP HERE!

Tiff's Deals
If the money isn't falling off your money tree, then check out these local NOLA deals to have a fabulous, fun, fulfilling life on a shoestring budget! My goal is to let you know about local deals, whether it be an online daily deal or a great sale at a local store! More deals are posted at www.facebook.com/tiffsdeals Have a deal to let me know about? Email tiffsdealsnola (at) gmail.com 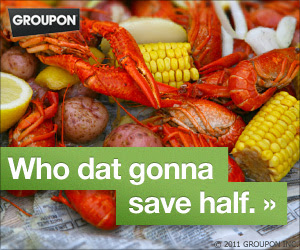 CASH for what you BUY! 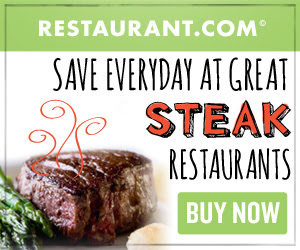 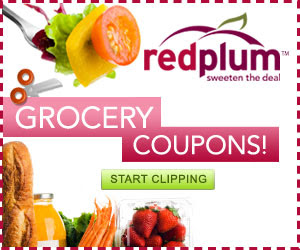 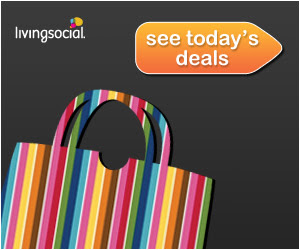